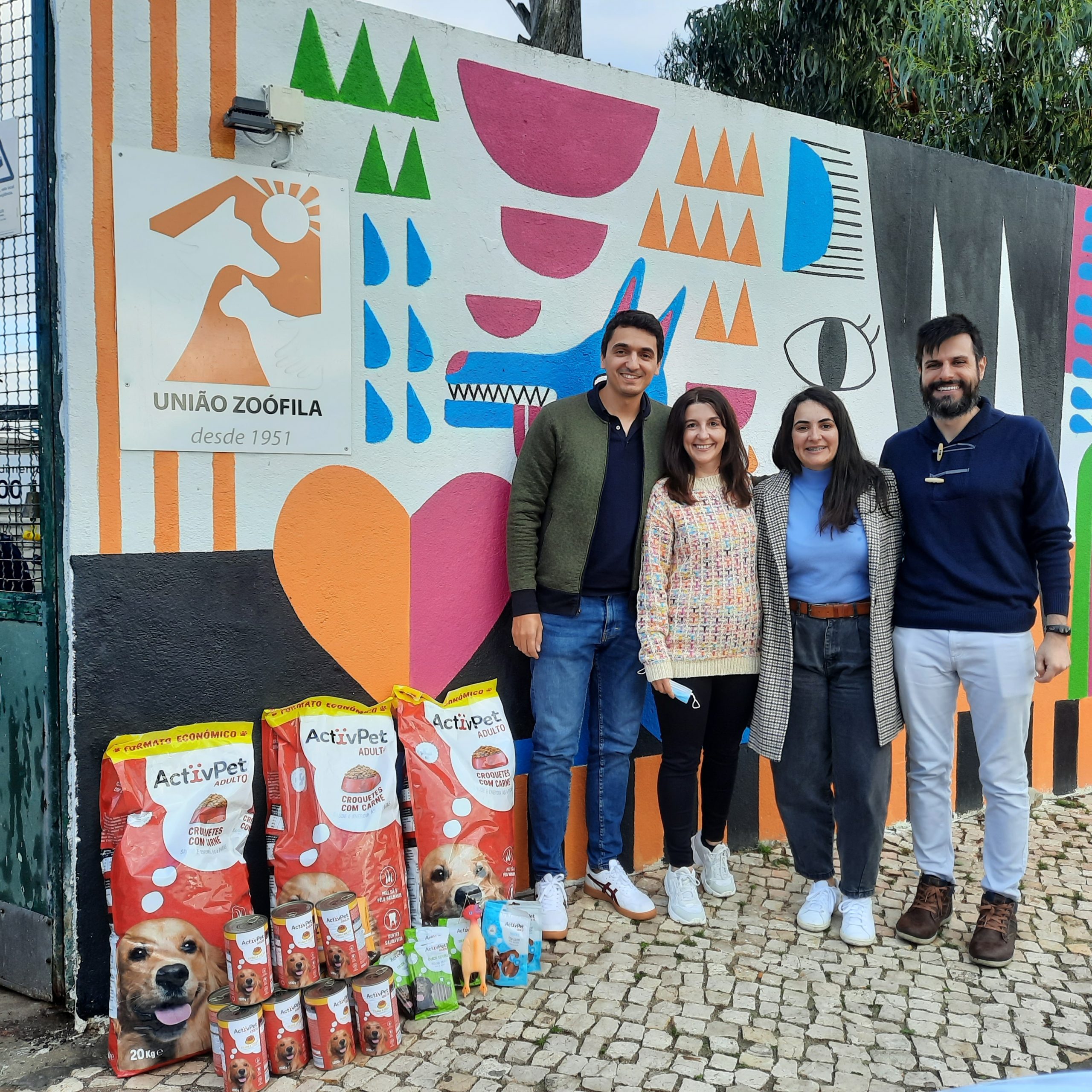 The Bee Academy – Bee Engineering’s academy – created Bee Kind, a video game capable of involving companies and employees in solidarity goals. The launch phase involved 200 professionals. Together they participated in a mission that resulted in victory and the offering of goods to the União Zoófila. Packages of feed, deworming products, and toys were delivered to the animals of the organization that hosts Empada, the god-daughter of this Innovation and Technology company.

The game was developed in an academy regime under the coordination of Nectar Interactive, Bee Engineering’s unit of digital solutions based on video games, thinking of companies that feel the need to involve their professionals after a phase of prolonged physical withdrawal. With the Bee Kind, they can increase the connection between team members and promote common values, while helping external solidarity entities. The customization of this digital solution is possible for any organization and proposed challenge.

The Bee Kind has players playing a video game toward a common collaborative goal. In this case, the game consisted of a set of challenges based on “taps”. The dynamics put into practice for União Zoófila included overcoming seven levels, each of which corresponded to the achievement of a solidary asset. In the space of five days, and after more than 17 million taps, the Bee Engineering team managed to complete all the objectives and thus unlock several donations for the União Zoófila.

According to José Leal e Silva, Executive Director of Bee Engineering, “Organizations must set an example in education and awareness, encouraging good practices and appropriate behavior. Social Responsibility is one of these examples, however, they often put into practice measures of great impact, but without the involvement of their employees. The purpose of the Bee Kind is precisely to help each and every company to get all its professionals involved in the business actions carried out and, in the organization’s, top strategy. In this example, the platform created connects several vectors of action of Bee Engineering, namely the Bee Academy, Nectar Interactive, Social Responsibility, and União Zoófila.”